A new world opens up to the viewer, a fantasy world where all are welcome and everything seems possible. Dieter’s work invites us to stay and escape reality, even if only briefly. His ideas and emotions appear at the surface of consciousness, connecting Nusbaum’s art to something peculiar, something surreal but true. It begins as a journey of discovery, as if Alice and the white rabbit arrive to usher us down the rabbit hole to a Wonderland beyond to meet the new forms and beings that dwell there.

Nusbaum graduated from the Kunsthochschule Lüttich in 1999 and his work spans painting, graphics and sculpture. He is a founding member of Überkopf Kunst begegnen with Dirk Groß and Thomas Hoffmann opening the gallery of the same name in 2014. This collaboration inspires and motivates them all offering a fund of new energy and creativity for their work.
Like an alchemist It is important for him to integrate the dynamics of the material alchemically into art. Nusbaum works to draw out something noble and high-quality from something simple.
The motifs of daily life, allegories, fairy tales, portraits of women, geometric figures or lines influence Dieters work, inspiring a diverse range of topics, influences and questions to be raised. These motifs work in parallel without robbing each other of the space they need to unfold.

The images work with the multitude and through the comprehensive detailed richness something living and dynamic rises. The work is never lacking in lightness and playfulness – characteristics of Nusbaum‘s art.
Born in Neuerburg in 1972 Nusbaum draws on a wide range of objects and ideas to create his art, working with canvas and other materials drawing from a large repertoire, but also the works themselves and the means and materials used differ. Pictures are created on canvas or paper as well as boxes and objects, which are then moulded into new being.
The intense, often bright colours, the strong contrasts and the creative method are a common theme. Nusbaum begins by applying paint irregularly to the canvas and builds up layer by layer. Thus the works are given different levels and a perceptible depth. The objects are created in a similar way, with layers building to create a three-dimensional impression which sometimes recalls a stage – one where very different stars such as women‘s portraits or squares can appear.
Nusbaum’s work is authenticated by his powerful creative drive fuelled by an obvious passion and meaningfulness. His works are found in numerous private and public collections as well as in the public space as a building art. 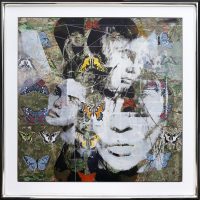 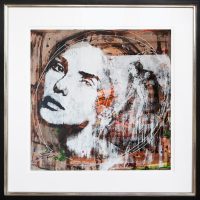 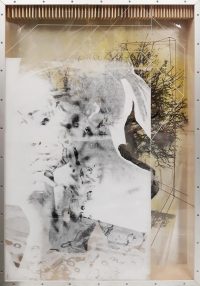 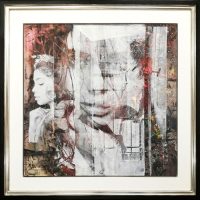 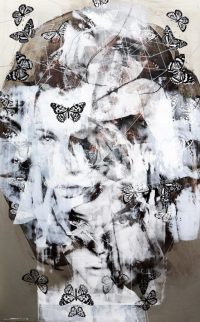